My unicycle stunt show at one off the oldest Car meetings in Germany? When I got the inventation to perform at the “GTI Meeting” at first I was skeptical. After thinking about it for a while I thougt that it would be a great oppurtunity to show the audience, which normaly sees mostly bursting tires, what you can do on just one wheel. After four days off performing I can say that the decision was right. The audience was really nice and it was interesting to see so many car enthusiasts. Thanks to Autosport.at I can show you some pictures from my performances: 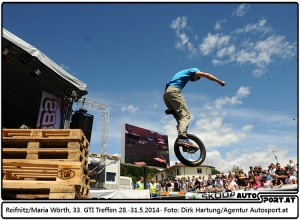 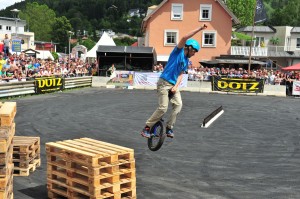 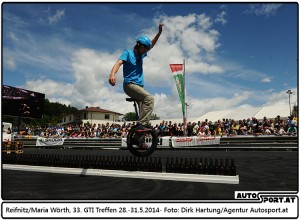 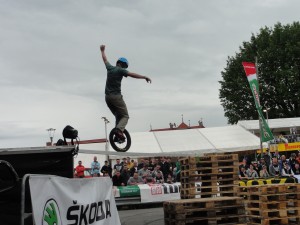 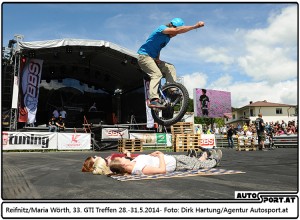 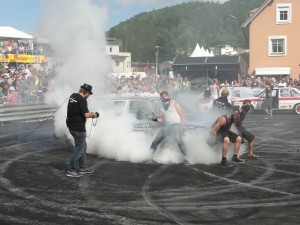